Heading back to Copenhagen May 2019

I was reading through my old posts because...I'm planning my next trip to Denmark in May of 2019! To say I'm excited is an understatement. My host family will get to meet Nate! I'll get to see my host family again! I want to fast forward time and hop on the plane right now.
I spent this afternoon going to my cell phone provider and bank to learn about international plans and to get things ready for my trip.
We'll have about 6 days in Copenhagen then we're off to Krakow, Poland and Amsterdam in the Netherlands.
See you soon Copenhagen!
Posted by Unknown at 6:30 PM 3 comments:

Copenhagen on a Budget 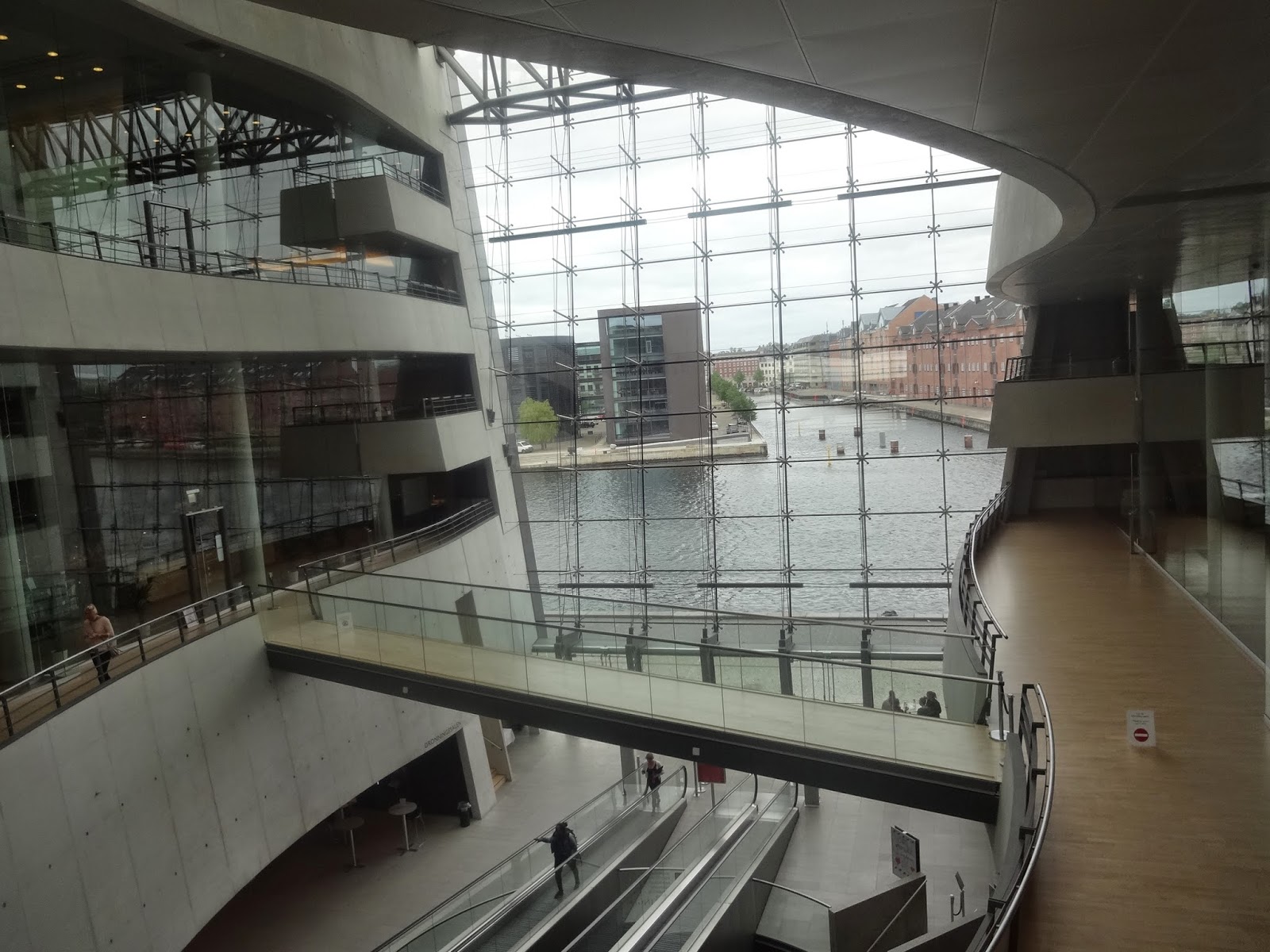 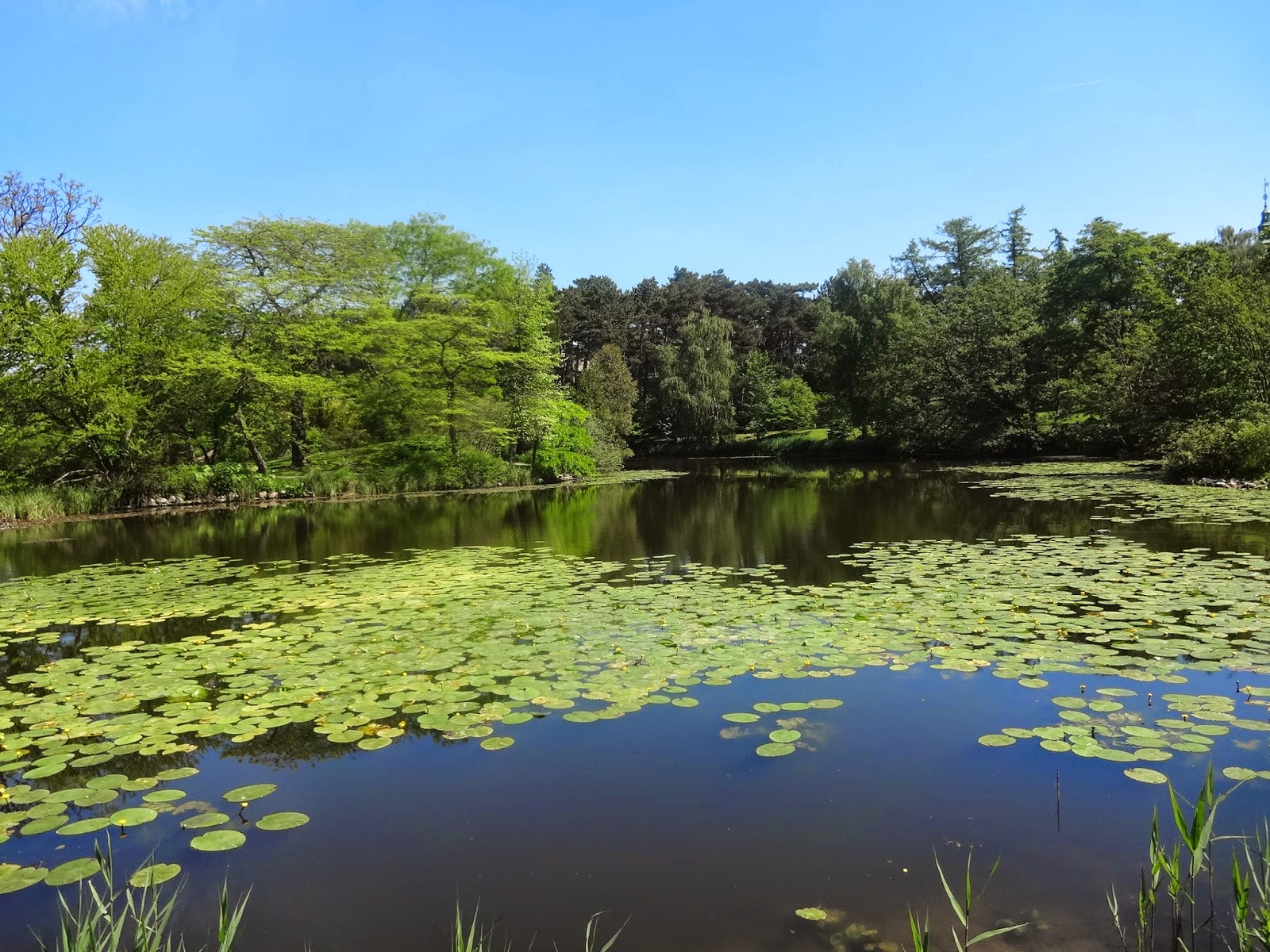 Denmark is expensive. You can't avoid that. But you can still see Copenhagen without spending all your kroners.

Free Things to Do:
(These are in order, concerning distance from closest to farthest away if you start at Norreport station. They are all within walking distance.) 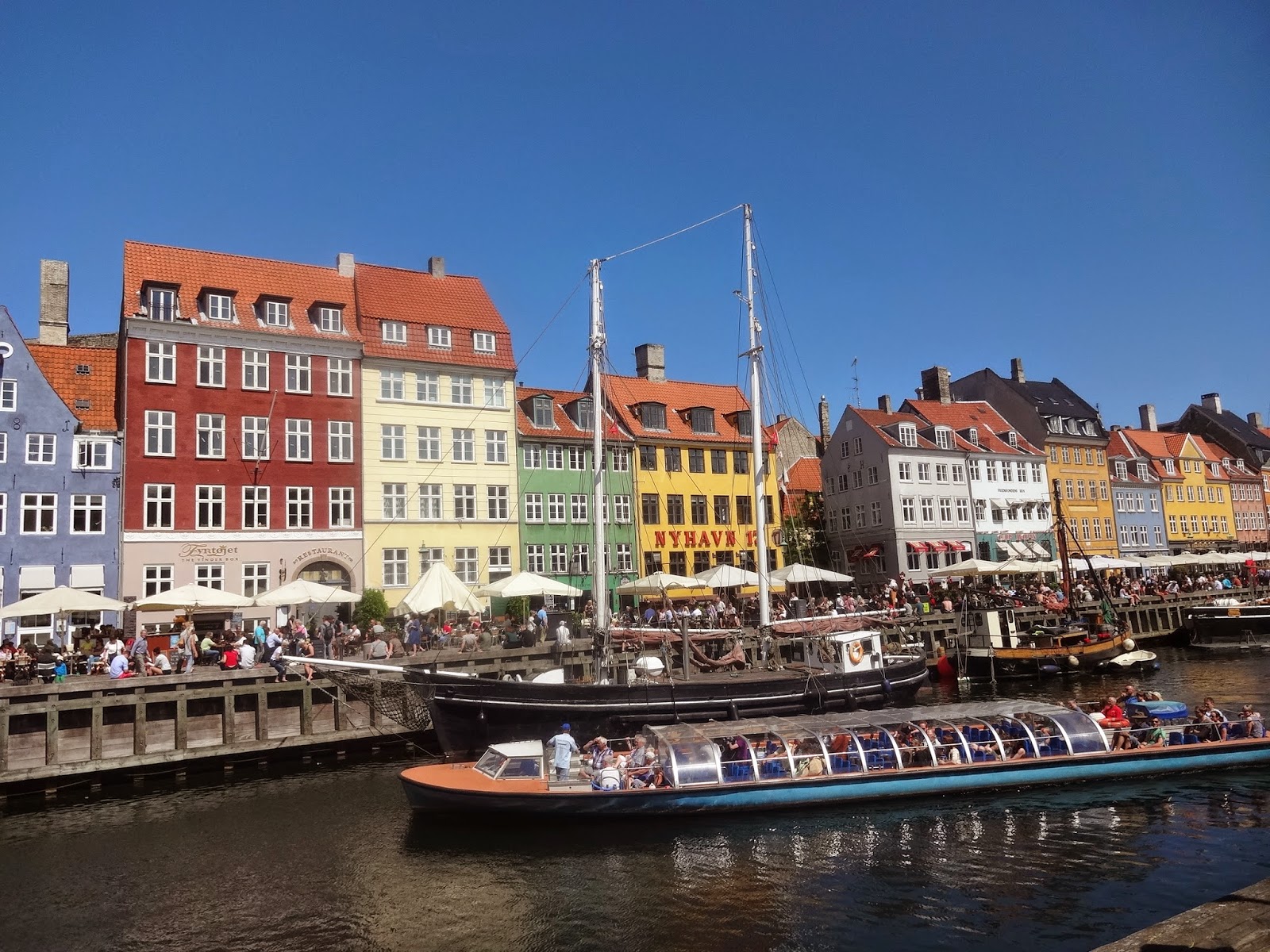 Cheap Things to Do 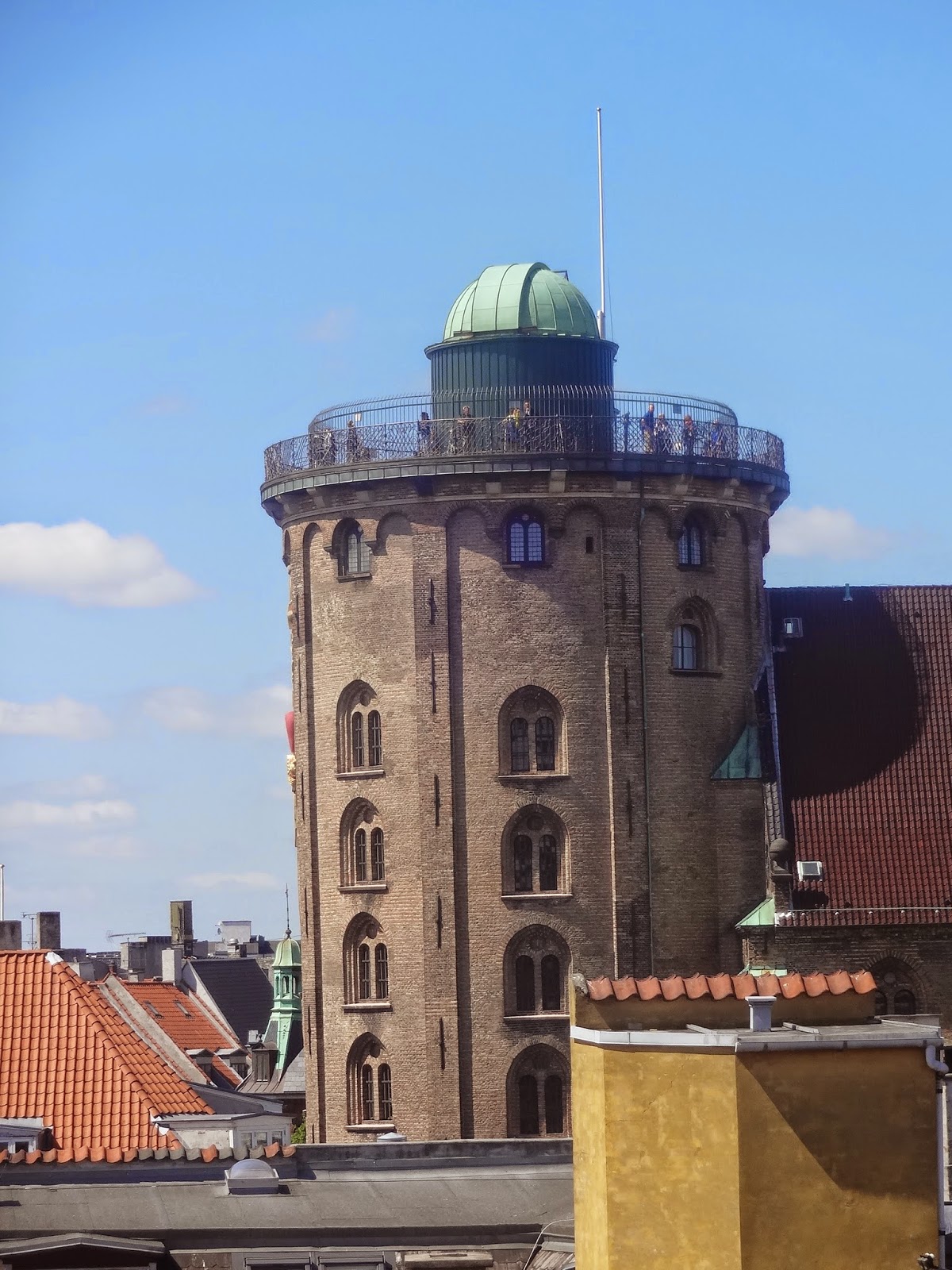 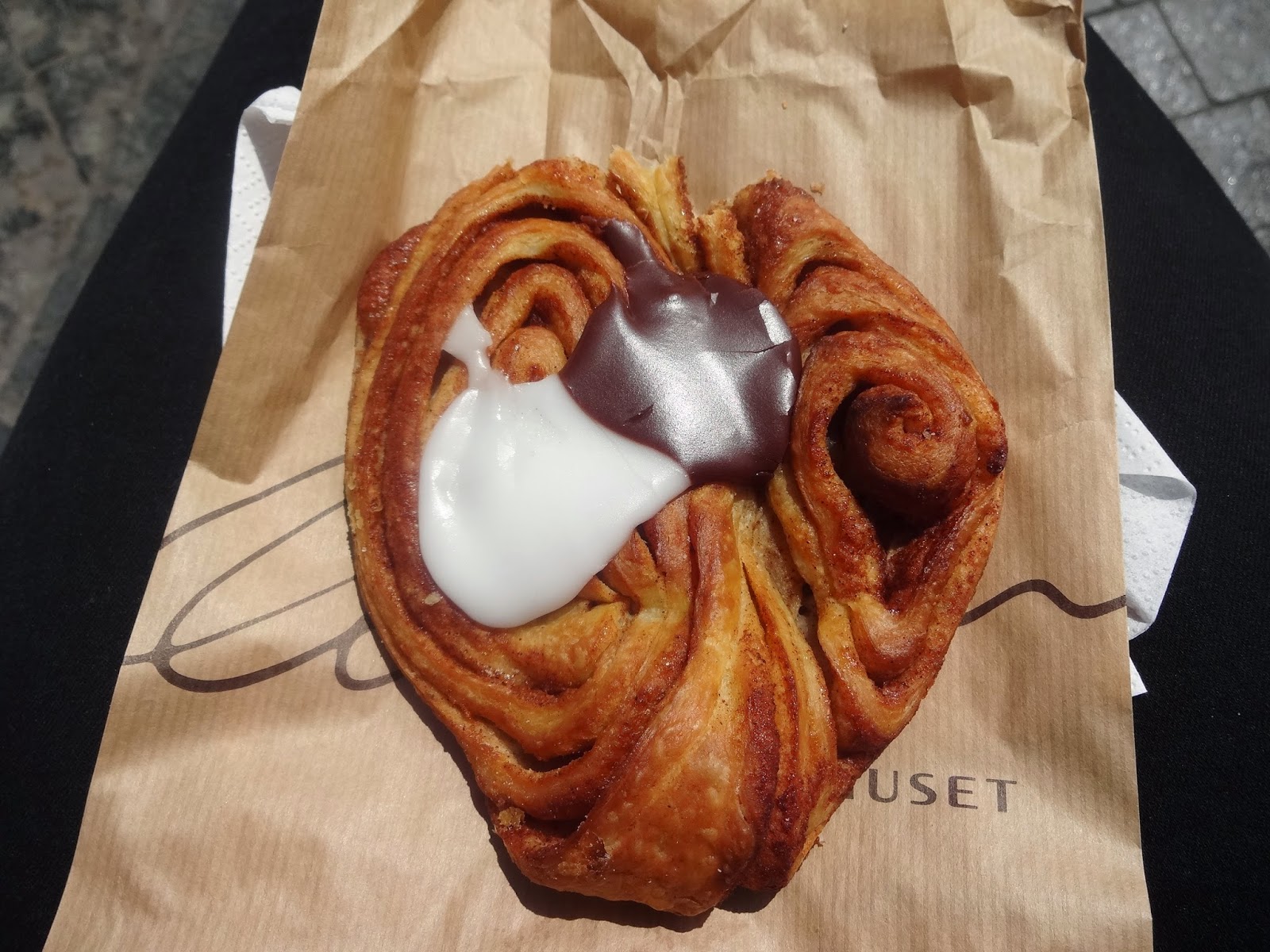 I'm happy to share a few of the things I've learned from my time in Copenhagen with others :)
Posted by Unknown at 1:40 PM 21 comments:

Today I just wandered around Copenhagen.

I started from Norreport and went to the Botanical Gardens first. They were just as gorgeous as I remember. It was just more crowded because of the nice weather.
Next, I went to Rosenborg where I walked around the gardens.

I saw the top of the Marble Church so I walked toward it. I went inside and marveled at it's size and beauty.

I knew I was near Kastellet, a citadel I had never been to. So I walked toward there. I passed the Little Mermaid and Amelienborg. The citadel was neat because of how old it was. There was a windmill! It was a bit hard to figure out where to enter but now I know.

I walked down to Nyhavn and looked at all the other tourists. I walked down Stroget. It didn't take me long to find a shop I wanted to go into. I bought another troll bead for my bracelet. I also went in Magasin, an epic department store.

By this time I was really hungry so I made a beeline to Riccos Cafe, a place where I remember enjoying the food. It was just like I remembered. I got an iced latte and a salmon sandwich. They had free wi fi and comfy couches!

I explored the area around DIS where I spent a lot of time. I walked past City Hall, Tivoli and got a map from the Visitors center.

I walked back and found my way to Christianborg. I hadn't been there since my first day in Copenhagen when we did a little city scavenger hunt.

It was a lot of walking and totally worth it. I couldn't have asked for nicer weather and I did a lot.

This past weekend, I flew to Geneva to visit my good friend, Olivia, and her family. (I wrote this sitting in my host family's new egg chair. I feel Danish.) 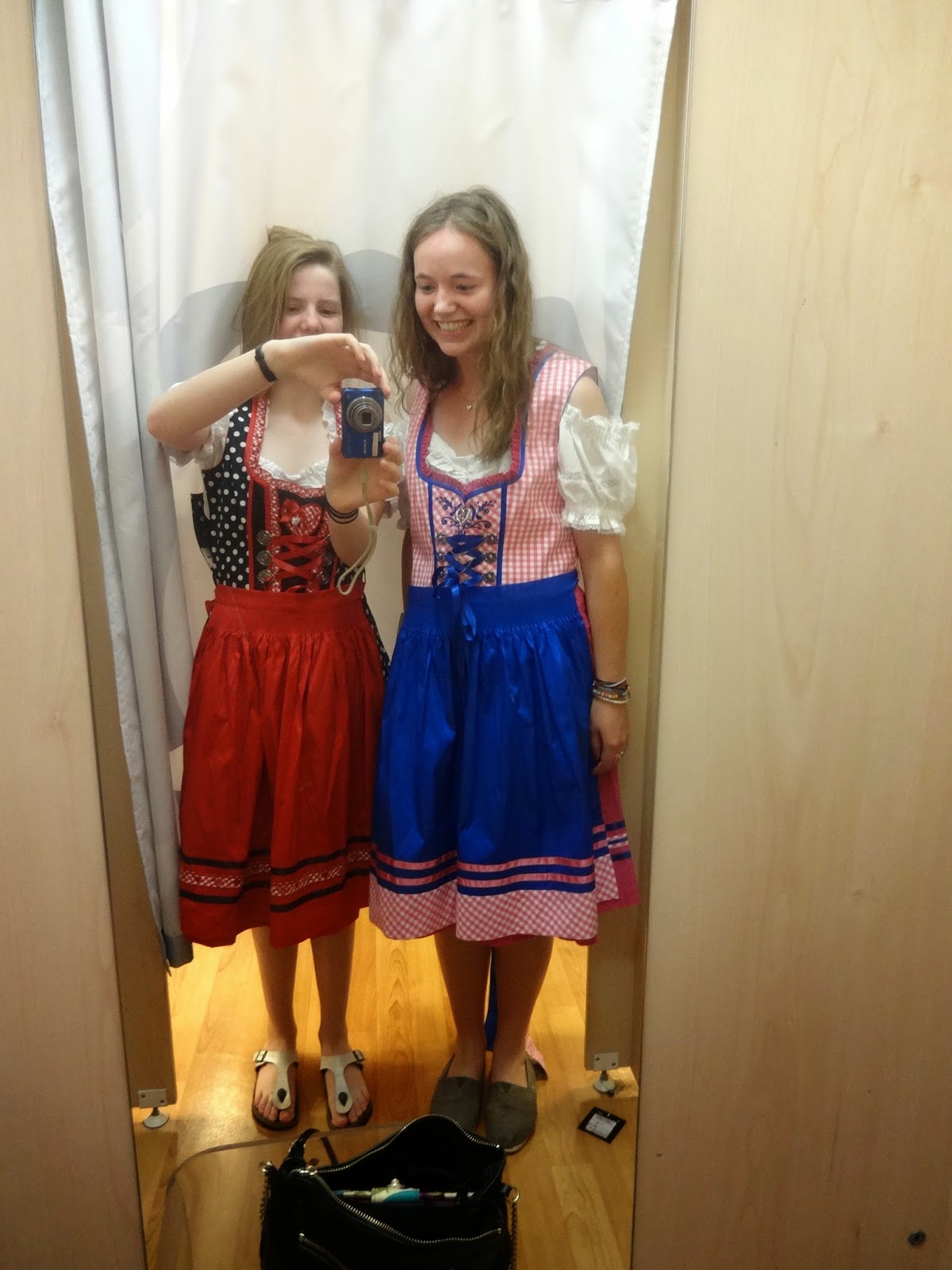 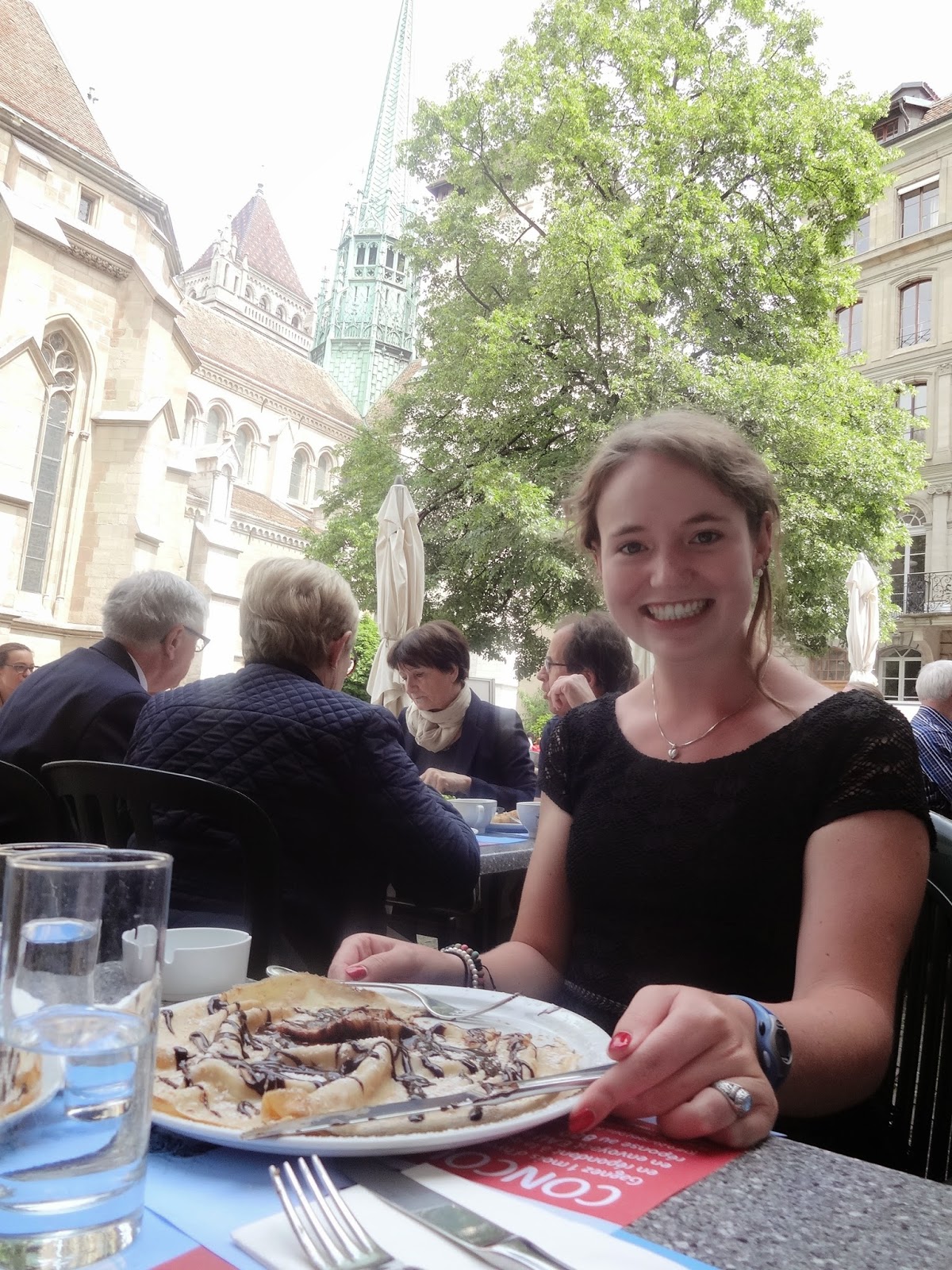 Overall, I thought Geneva was a unique blend of French, Italian and German. Yes, it was very expensive. I loved the mountains always in the background and being near the Lake. It's an exciting city that's very alive. 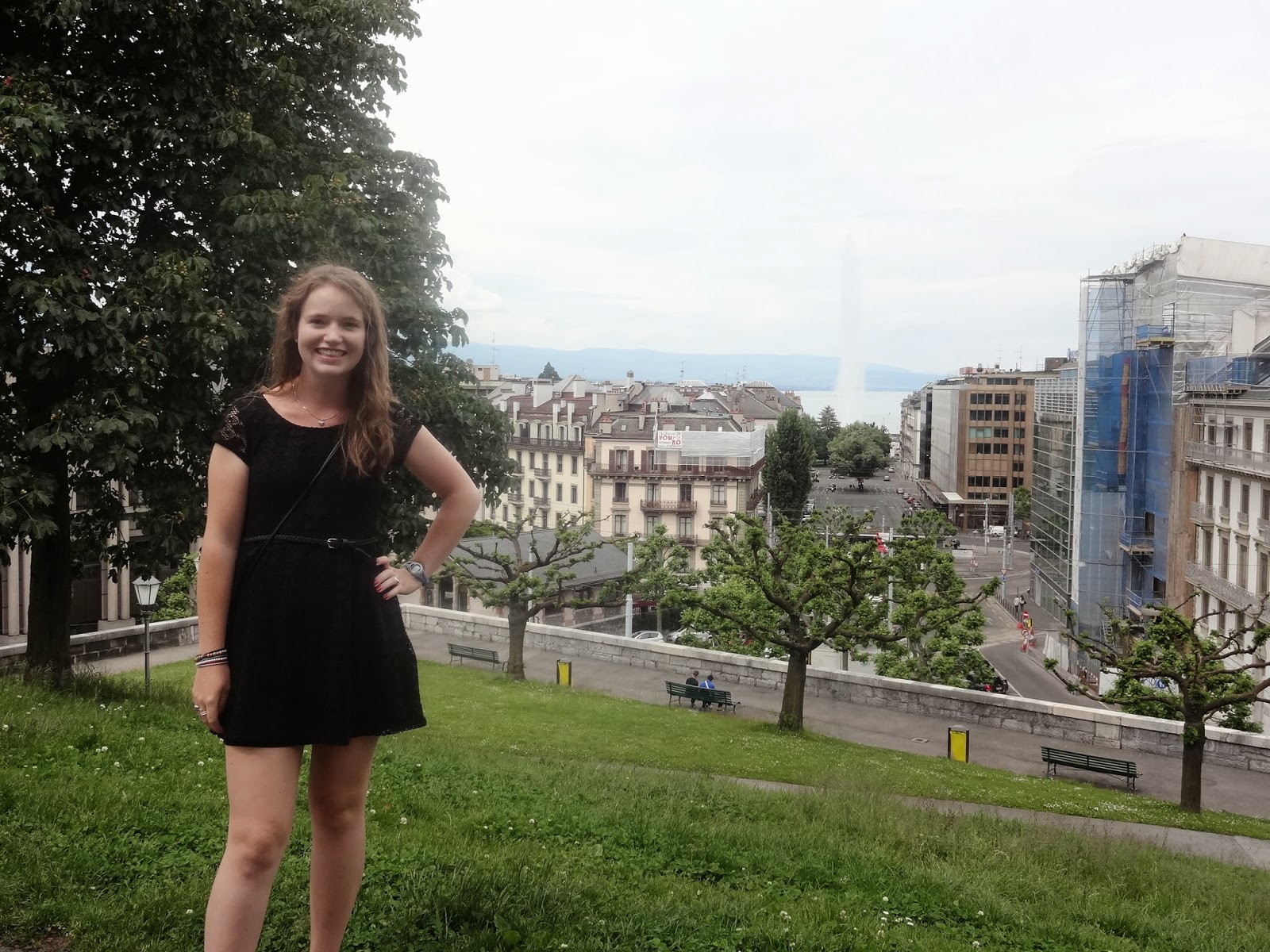 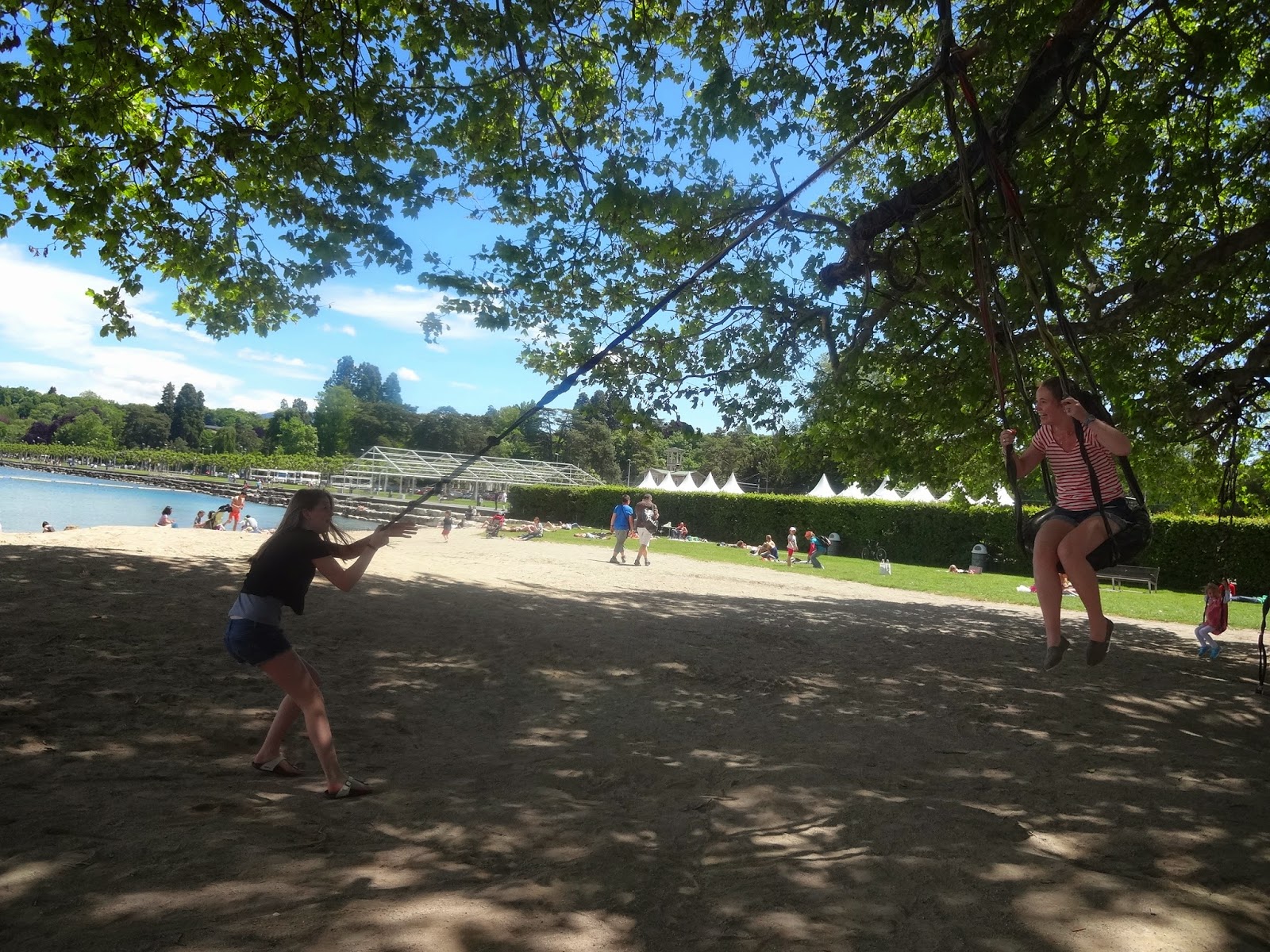 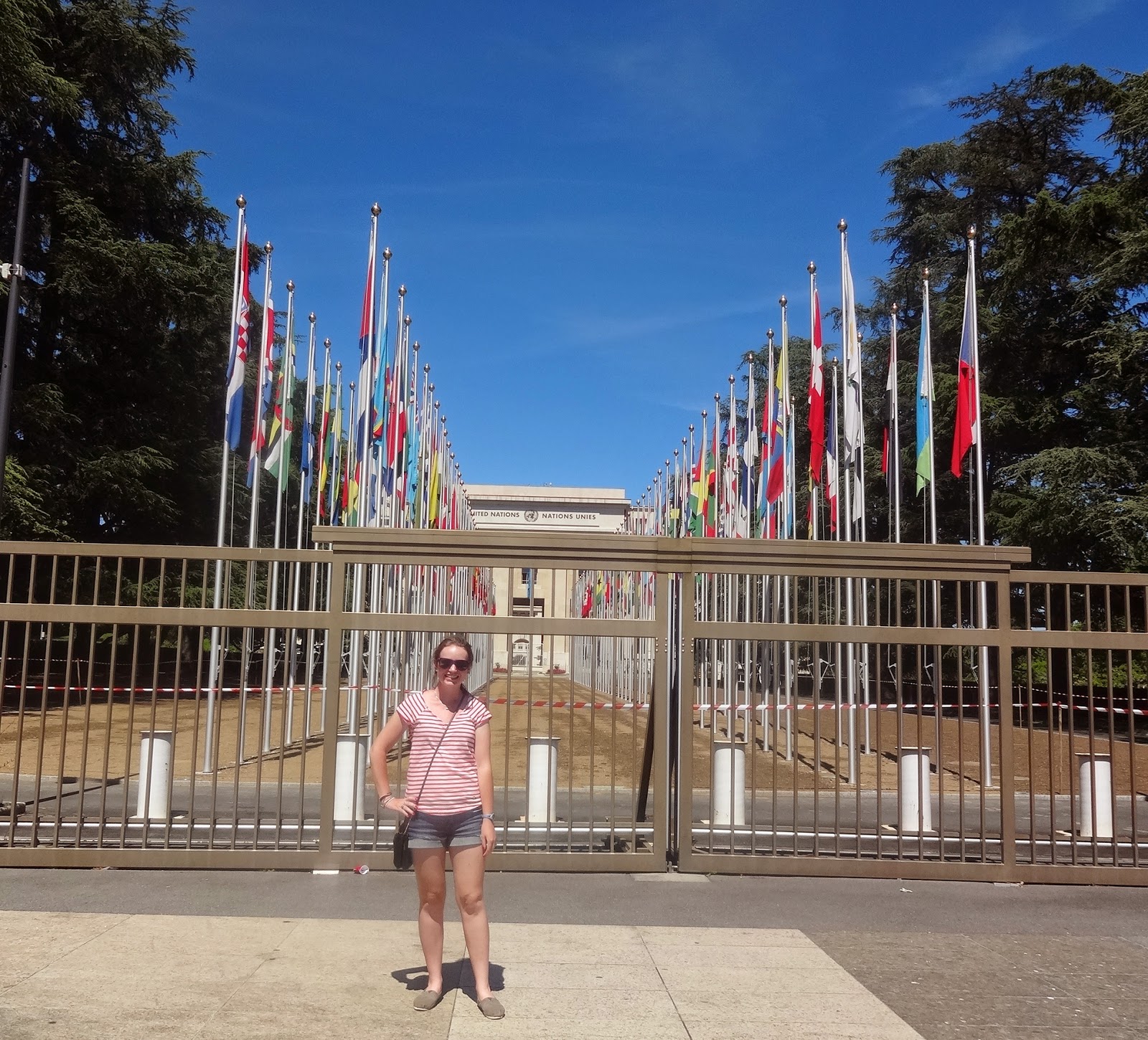 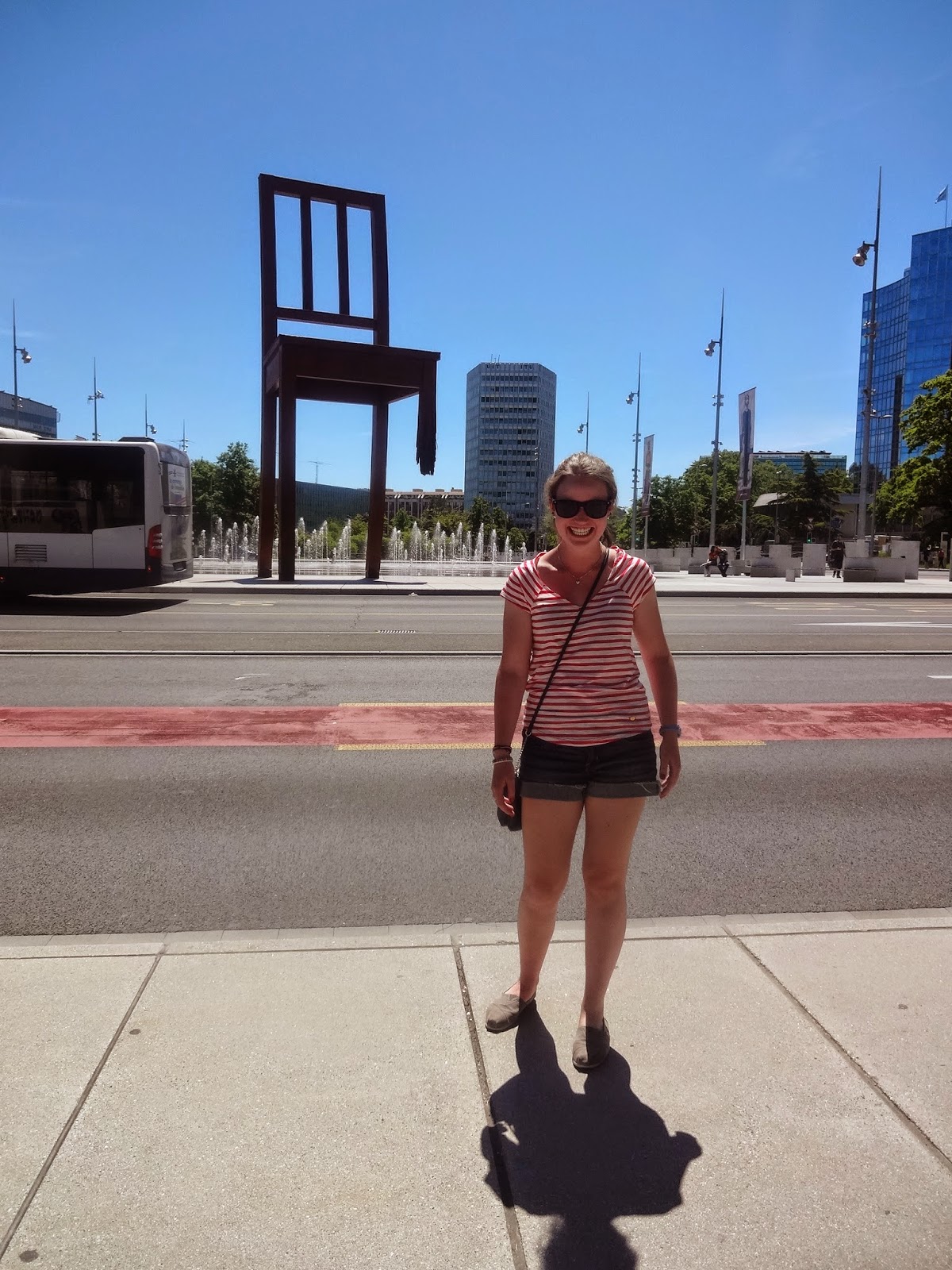 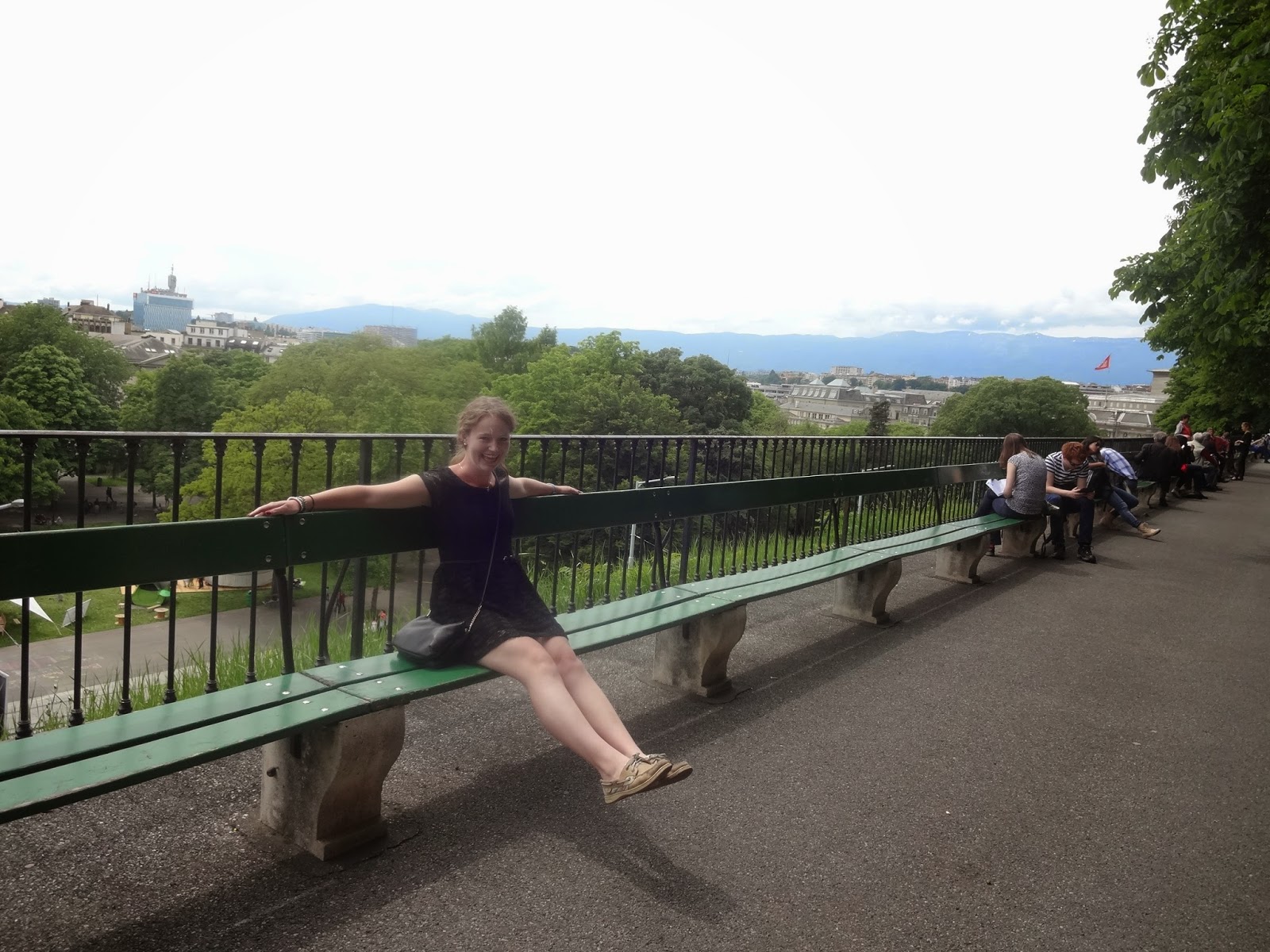 This morning, I went for a walk with FarFar (my host dad's father) in the woods with Berta (the dog) and to FarFar's garden. It was so beautiful both in the woods and in the garden. It was quite relaxing and nice to be with FarFar. Berta is so cute because she gets really happy when FarFar comes to the house but really sad when he drops her back off at home. FarFar smiled and said "Berta's my dog" :)

He dropped me off in Helsingør where I went to my host family's cheese shop. Ulrik showed me around Helsingør like where the best shops are and the church that him and Gitte were married in. We walked to the area near the Helsingor library where there is a harbor and the statue of the boy Little Mermaid named "Him" . He blinks once every hour. It's really great to see all the things that I had seen in the winter time but now to experience them in the summer. I walk around places and think "Oh I remember being cold over there or that thing being covered in snow." Ulrik told me about the old ships in the harbor and how the area has evolved over he years. We drank some delicious vanilla iced coffees at the library cafe, talked about life and looked at the harbor.

We went to the new Maritime Museum of Denmark  which was the most unique museum I've ever been to. It's built in an old shipyard. You walk down these big ramps to get to it and all of he museum kind of overlaps each other in a way. It has such a Danish design and is so modern looking. I learned a lot about ships, WWI and ships used for shipping.

We went back to the cheese shop and I went shopping with Gitte. We went to to Fotex and I always love Danish grocery stores because there are honestly more similarities than differences between American grocery stores. Yeah there are a few different foods but it's organized pretty similarly and it works the same of course.

Gitte and I went to the Espergaerde center to see Julie's marching band. They sounded really great and it was so nice to see them after hearing so much about them.

Today Gitte's egg chair finally came. She ordered it back in January so she had waited a long time for it. Her face lit up like a child unwrapping a Christmas present when she opened the package. The egg chair is very Danish and looks nice.

At home in the city of Copenhagen 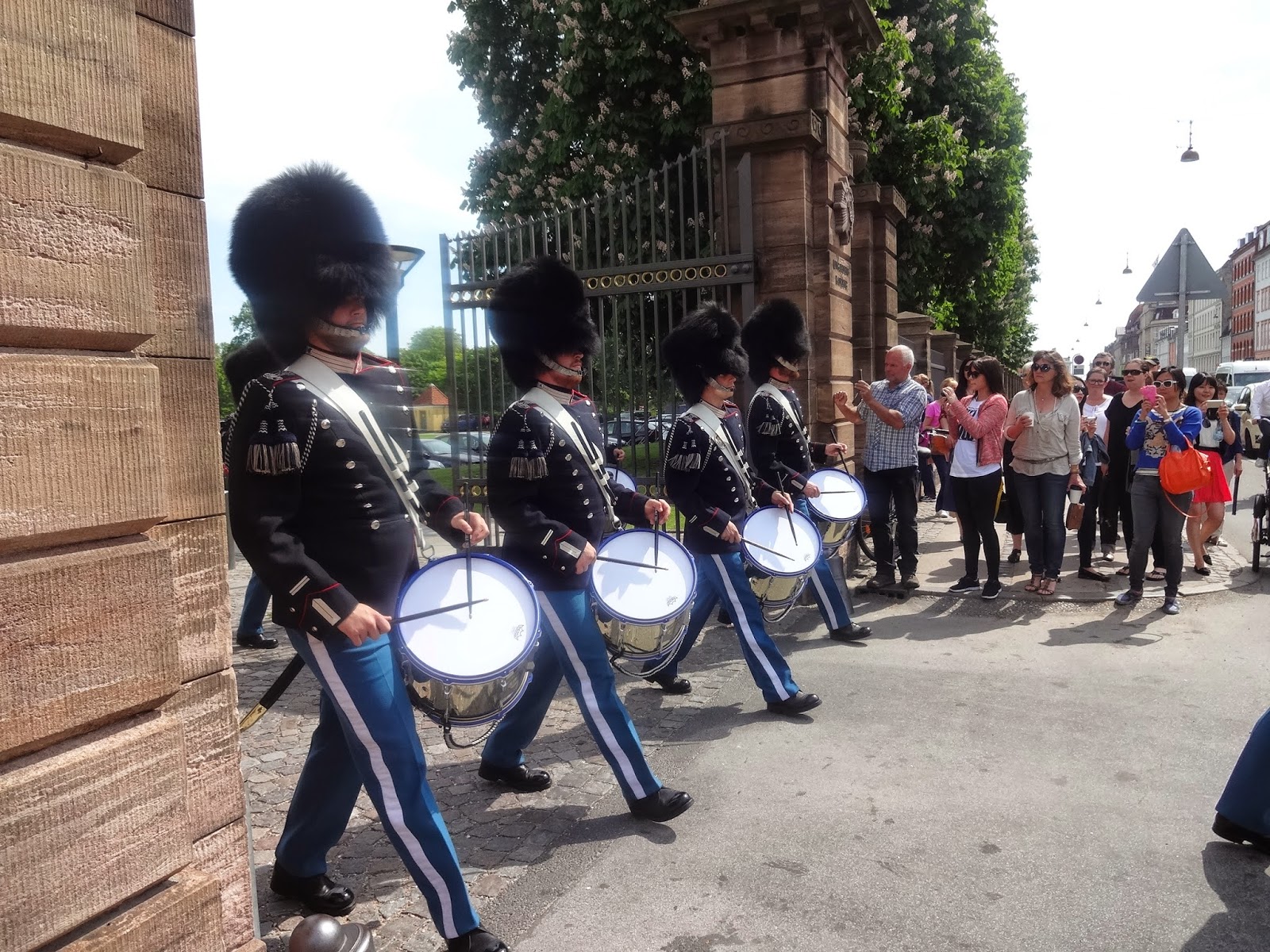 Today I went to Copenhagen with Julie and ate a nice dinner with some close family friends of my host family.

Julie and I went to go get fresh bread and pastries from the supermarket for breakfast. We quickly ate some bread when we got home and then drove to catch the train. The train we were hoping to catch was cancelled so we had 20 minutes to eat our pastries. I've missed Danish bread and pastries! 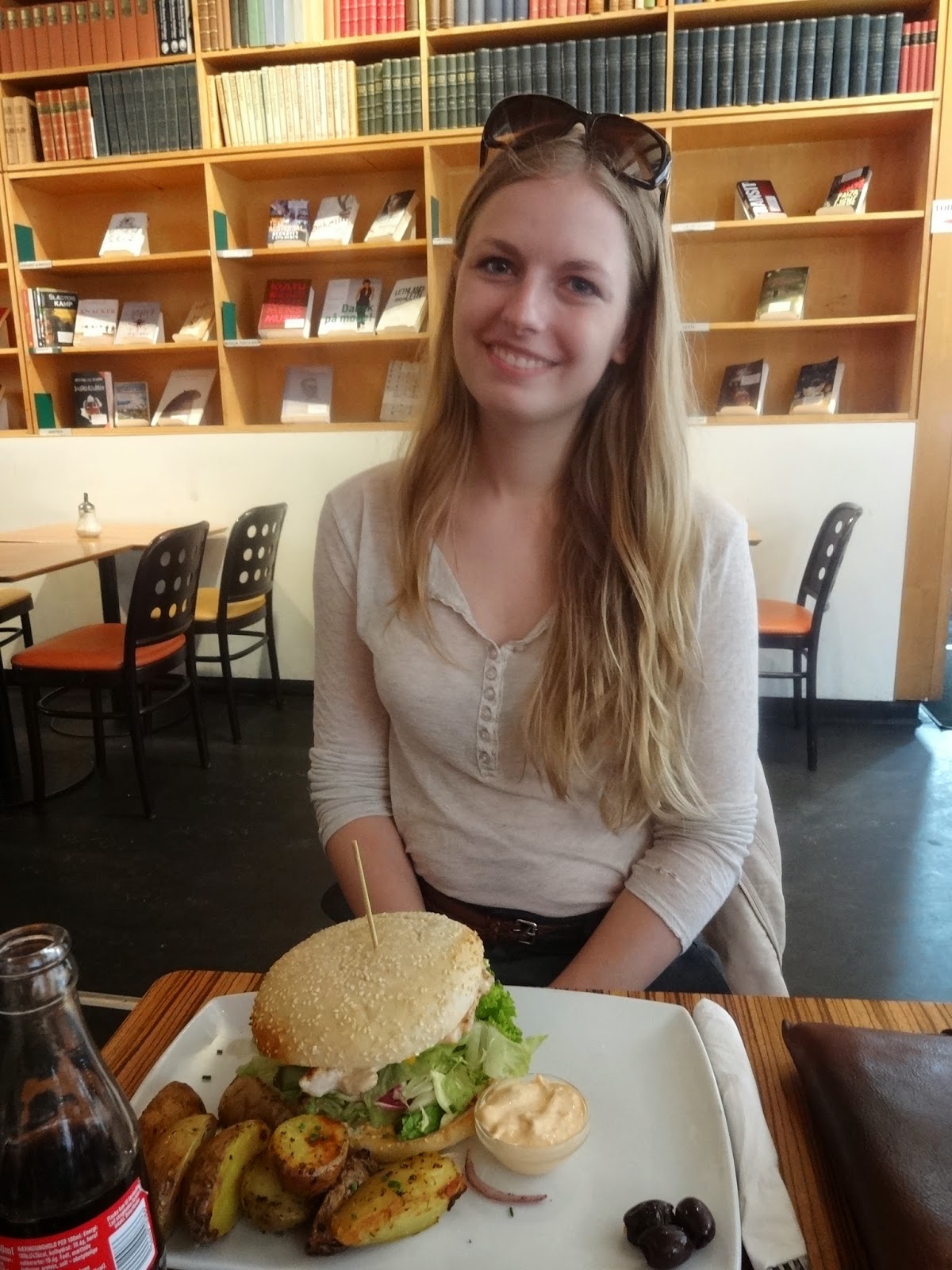 In Copenhagen, we saw the Royal Guard at Rosenborg. They were marching, playing drums and flutes. We walked around near Norreport until we saw a Tiger. I did some much needed shopping in Tiger :) It was so wonderful to walk around Copenhagen both because the weather was nice and because I knew it so well. Like, Julie wasn't sure how exactly to get to Cafe Paludon and I knew the way. We ate there for lunch. I got the herring because Denmark is where I learned to love herring and it's tough to find in the States. 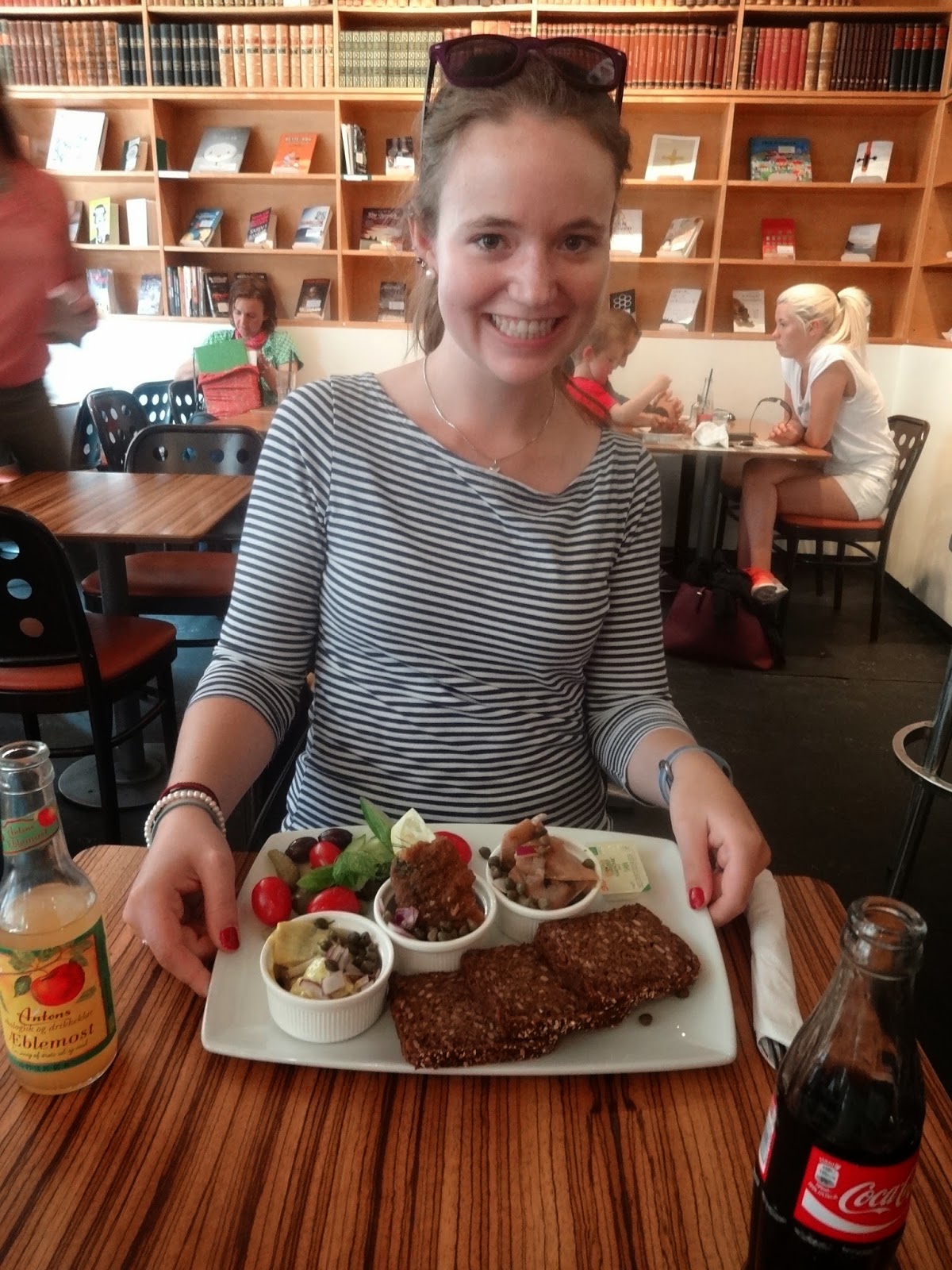 We went to Nyhavn and then to Amelienborg. I could totally be a Copenhagen tour guide. I know my way around pretty well. I felt at home stepping off the Norreport train because I knew where to go. It was near Amalienborg that we saw a crowd of people around a boat. Julie overheard them say that the Crown Prince was coming. Sure enough, he came out of the palace and got onto the boat!

We continued our touristy journey and went to The Little Mermaid. We ate some delicious ice cream there. We caught the train from Osterport and went back to Espergaerde. 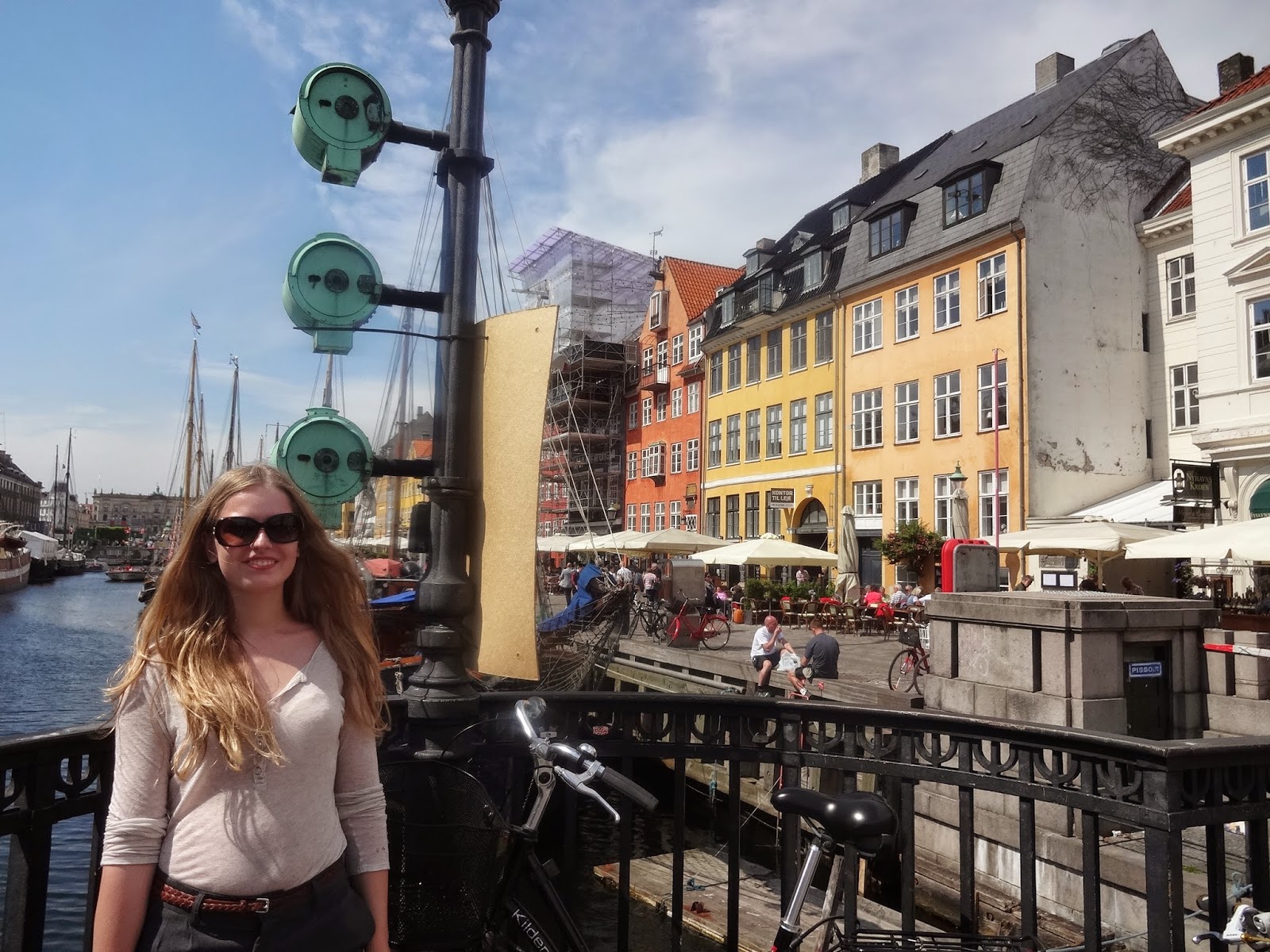 Some of my host parent's friends came over (I'm not sure how to spell their names...) and we had dinner with them. They are so funny and it was great to see them again. 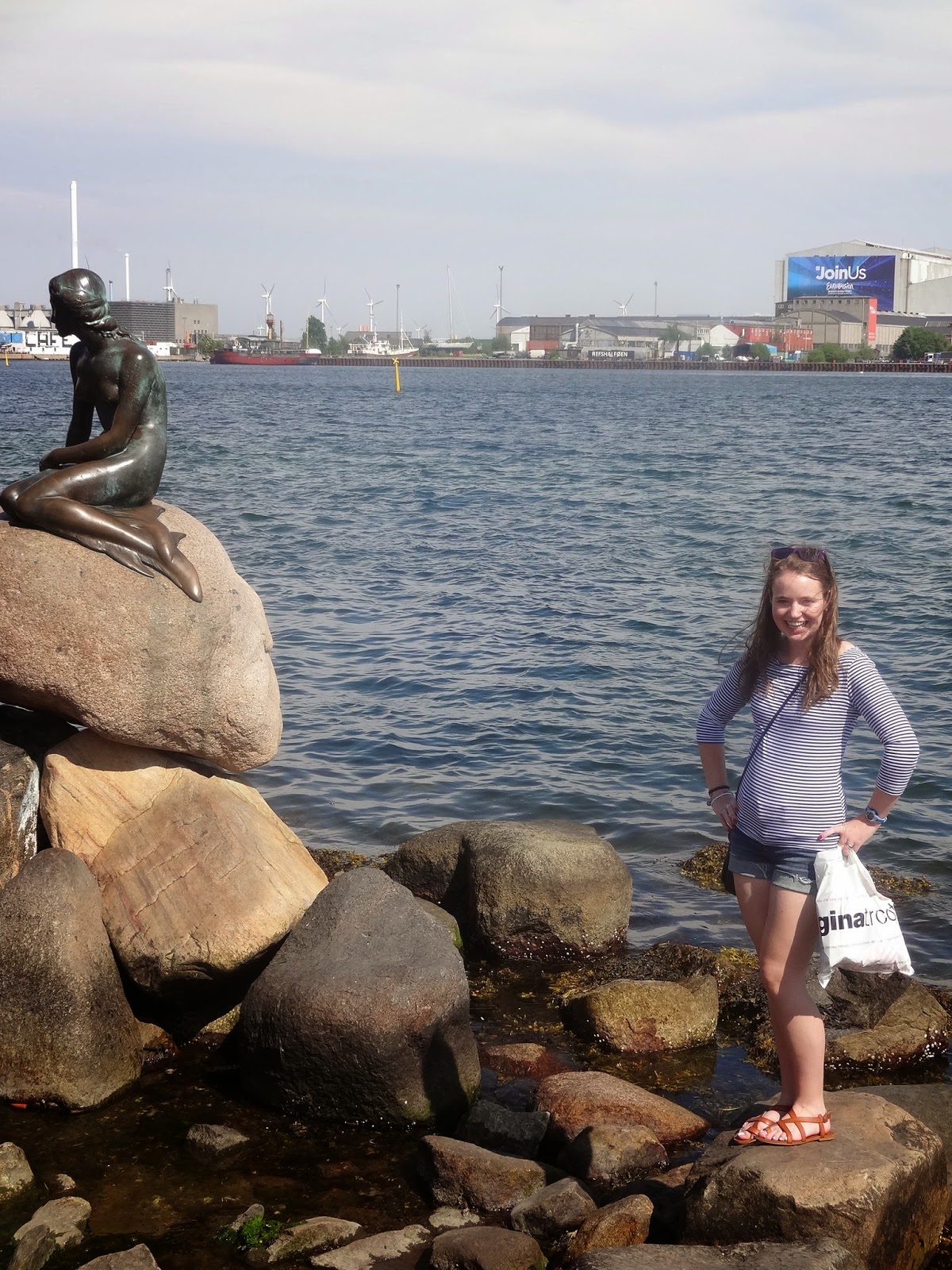 Posted by Unknown at 2:15 PM No comments:

The flight from Columbus to Chicago was fine. I sat by the window, next to a nice quiet girl. I read my book about Denmark and Divergent on my ipad.

The Chicago airport can be so confusing because it isn't labeled which terminal the International one is. Thank goodness my mom told me to go to #5 because she was right. I took a little train there. It was a bit surreal how much I remembered Chicago from when I was there returning from Copenhagen with Miaja and Liesje. I recognized parts also from when we flew out of there to London.

I bought a not so great cup of coffee and a banana nut muffin since I had like two hours to kill. I was glad I had a long layover because getting past security and to my gate took like 45mins. When I boarded the plane, I heard some Danish and saw Danes I started to smile a lot. Yay. On the plane, I sat next to a nice guy from Norway. He was an electrician and he had a wife and two kids. He wasn't shy about telling me how great Norway is.

I slept for maybe 3 hours, read like half of Divergent, and watched some TV. The food they gave us on the plane was really yummy. For dinner we had beef, potatoes, carrots, bread and a lemon cake desert. I was content. The flight was fine until we landed and that's when I got impatient, like just let me off already. It was a long line to show them my US passport and then it took a while to get my luggage. I was like I just want to see my host family!

Gitte and Ulrik met me at the airport and we were happily reunited! When we came home, I was reunited with Julie and Signe (they had school). I cried when I saw my old room again because I had dreamed about this moment for so long and was so happy to be back. My host family gave me a really nice Troll Beads bracelet for my birthday.

Almost all of the Sjoltov family came over for dinner. It was soooo nice to see everyone again and chat with them. Gitte baked me a traditional Danish birthday layer cake (lagekage) with candles and everything. I'll always remember that moment when everyone was singing Happy Birthday to me :) I tried to blow out all 22 of the candles but 7 didn't go out so apparently that means I have 7 boyfriends-- one for each day of the week!

I also wanted to clarify that I am not moving to Denmark, I'm just here for a little less than two weeks.
Posted by Unknown at 1:33 PM 1 comment: